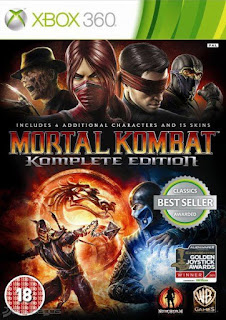 Mortal Kombat Komplete Edition . Special edition for Mortal Kombat, a new edition that will allow us to enjoy the original game with all the downloadable content released to date.
One of the most classic fighting sagas of all time, Mortal Kombat, returns to the present with a delivery that is a clear rebirth for it.
Without a doubt, this is one of the best deliveries of this series of the last decade.
In the year 1992 all of us who were regulars to the arcades were totally amazed by a fighting game called Mortal Kombat.
This creation of Midway surprised all and sundry by its incredible (at that time) digitized graphic section and, especially, by its forceful violent charge. 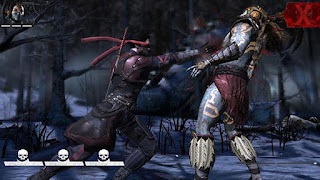 Needless to say, that title was tremendously controversial, arousing endless criticism for its heartbreaking violence and realism.
But at the same time, it also became one of the great references of the genre.
However, over the years has not been too good for this creation of John Tobias and Ed Boon, since the last editions of it left much to be desired in terms of playability, "feeling", ability to surprise and quality general.
Fortunately, Ed Boon (who is the current "boss" of the same) and NetherRealm studio have realized in time and have wanted to reset the franchise with a title for PS3 and Xbox 360.
Really magnificent, which returns to place Mortal Kombat in the place he deserves and that he should never have left.