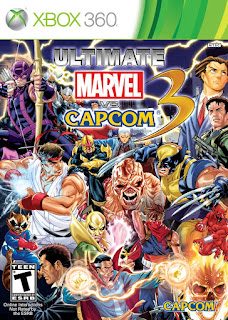 Ultimate Marvel vs Capcom 3 . The emblematic characters of the Marvel and Capcom universes are once again facing each other with a refined fighting system, eight new scenarios and new game modes.
One of the current references of the fight genre, Marvel Versus Capcom 3, receives an improved version of it by courtesy of Capcom.
New characters, unpublished game modes, new-style scenarios and other novelties are your cover letters.
It was something sung. If Capcom had already decided months ago to offer fans of Street Fighter IV the final edition of that same game with Super Street Fighter IV.
now it's the turn of another of their most acclaimed fighting games, Marvel Versus Capcom 3. 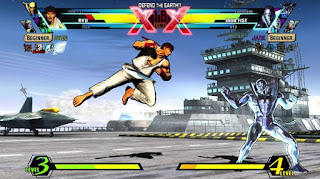 And although this type of releases always come surrounded by some controversy, the truth is that they improve and expand the possibilities of the original.
This is what has happened with Ultimate Marvel Versus Capcom 3, a title that exceeds the original features and also comes with a lower price than usual.