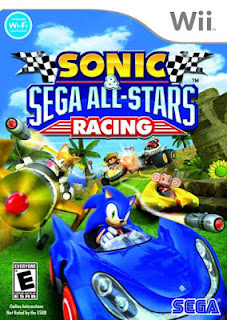 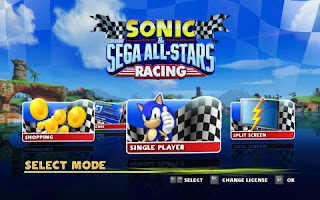 Key Fetures:
Party Racing Fun – Battle it out in single player, challenge your friends in 4 player split-screen for the ultimate track racing showdown!
All Your Favorite Racers – Choose from 20 different characters from the Sonic & SEGA universe including Sonic, Tails, Aiai and Amigo.
High Velocity Vehicles – Every character drives their own unique vehicle including sports cars, bikes, planes and even a giant banana to perform bespoke special man-oeuvres.
All-Star Moves – Need to get by a competitor? Can’t overtake a racer? Then take them out with a pick-up weapon (missiles, mines and other obstacles) or one of the 20 unique character moves that allows the recipient to know who just hit them!
Stunning Visuals – Race over medieval castle ramparts, under lush rain forest canopies and through bustling city scapes as you battle through 27 challenging tracks from the Sonic and SEGA Universe.