Everything in PES 2016 is incredibly vibrant and grand looking, be that the players, the pitches or the menus themselves.
The players are identifiable – at least in the top divisions and national squads. They reflect great on the pitches, and if I was to describe it all in one word it would have to be “bright”.
UEFA Euro 2016 takes it one step further as more picture perfect faces have been added for national teams. 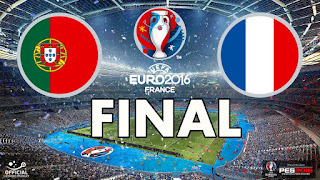 It’s also worth noting just how great the menus are in the Euro 2016 mode; they perfectly emulate the style of the competition. Stade de France, host location of the final, looks stunning.
The choice of music for this game is brilliant and there isn’t a song that you won’t enjoy.
UEFA Euro 2016 also chucks in a cheeky bit of Beethoven in the background representing the anthem of the EU.
Although it does get repetitive after a while, it makes the whole mode feel that bit classier.
It is a beautiful looking and sounding game – well, apart from the crowd hissing at my tackles, that is.