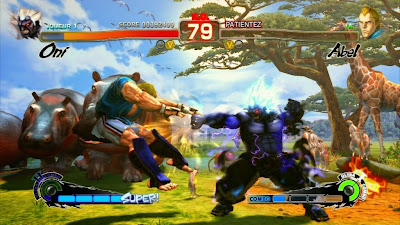 while adding 4 new characters to the roster including classic combatants from previous Street Fighter games like Yun and Yang as well as the all-new Oni.